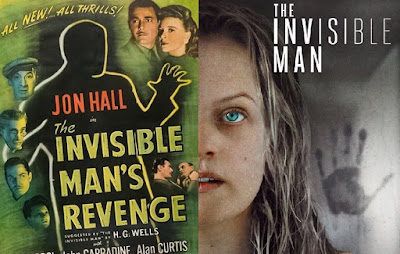 It's the last episode of our Dark Universe series! For 6 episodes we have been taking a look at 6 different classic monster reboots from the 2000’s. Each episode has opened with a discussion on an older horror film that pairs well with the reboot we’ve spotlighted, and here we are talking about two movies about very evil Invisible Men. The Universal Monsters sequel The Invisible Man's Revenge (1944) and the modern Blumhouse classic The Invisible Man (2020). For this episode, Daniel is joined by Cris Hurtado, the host of the Inside the Sequel podcast! In addition to the movies, Daniel & Cris talk about the Universal Monsters as a whole, the current state of horror films, and drink a potion that turns them invisible. Anybody got an antidote?


Email the show at cobwebspodcast@gmail.com to let us know what you think of the movies, give feedback and/or request an episode!<div><br /></div><div><a href=">Inside the Sequel Podcast

www.cobwebspodcast.com
Inside the Sequel Podcast