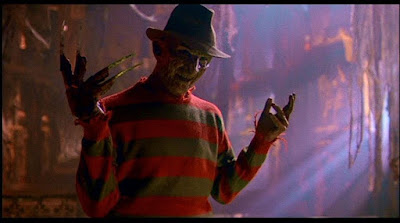 The trilogy is over... now what?

In a world of the respected trilogy, part 4's are often looked at as a step too far. Overstaying their welcome. Shameless cash grabs. Well folks, I often disagree! I love long running horror series'. I love when the quality gets shlockier, and the continuity gets crazier! I haven't gone through every horror franchise (I'm sorry Saw fans, I'll get to it!), but I have with most. Here are my 10 favorite Horror Part 4's! 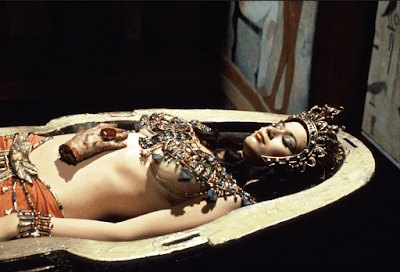 Being far less respected than Hammer's Dracula or Frankenstein series (for good reason, let's be real), it might surprise some to learn that their Mummy franchise had 4 entires! This being the 4th and final, it's actually one of the highlights. I'm not going to tell you it's a great film or that it doesn't drag at points, but it is really weird and creative. Completely avoiding having a typical Mummy in the film, this one opts for a story of an evil Egyptian Queen possessing the soul of a woman. I admire how different it is from any other Mummy flick, and Valerie Leon's loveliness doesn't hurt either. 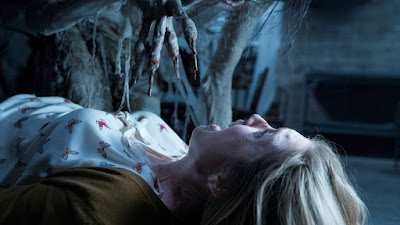 Despite the fact that I'm not passionate about any entry in the series, I am a fan of the Insidious franchise. I think it surpasses the Conjuring universe with it's imagination and focus on a truly great lead character: Lin Shaye as Elise Rainier. She is the main reason these films work, without a doubt. But of course, the ghosts are also really cool. I'm amazed that they always have such interesting, original designs, and this one is no exception. This is a tense little ghost flick, and I recommend it. 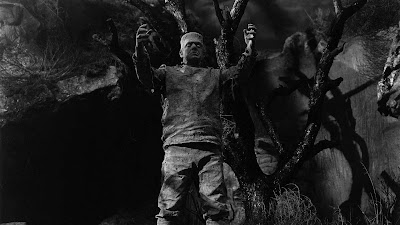 While it can't hold a candle to the previous 3 in Universal's classic Frankenstein series, The Ghost of Frankenstein has many delights to offer. Lon Chaney, Jr. is an adequate replacement for Boris Karloff, and this movie means he had played the Wolfman, Dracula, the Mummy, AND Frankenstein's monster. Bela Lugosi also reprises his role as Igor, and continues to prove what a brilliant actor he is. And in any case, it's another opportunity to live in Universal Monster land! And who doesn't love that? 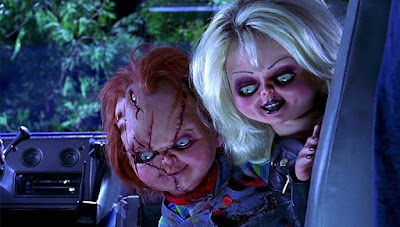 Speaking of Universal Monsters, let's look at that time the Child's Play franchise used it as inspiration. Bride of Chucky! Child's Play 3 showed that the series was running out of steam, so I love how Ronny Yu breathed new life into it. Or should I say... Jennifer Tilly did. Her performance as Tiffany is exactly what this series needed! I loved the exaggerated style and wacky humor of this crazy movie. Sure the human characters are pretty painful, but Chucky and Tiffany are so great I don't even care. 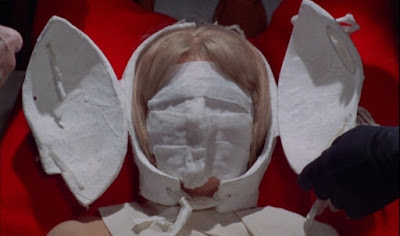 What makes a great Hammer Frankenstein film is how weird and different it can get from the Universal films. None are more so than Frankenstein Created Woman. While the title suggests it's a Bride of Frankenstein remake, nothing could be further from the truth. Peter Cushing again stars as the mad doctor, now experimenting with the transfer of the soul from body to body. The soul of a wrongfully murdered young man is put into the body of his lover, and there he exacts bloody revenge. This movie is CRAZY. But it's also fascinating, romantic and, in true Hammer fashion, beautiful to look at. 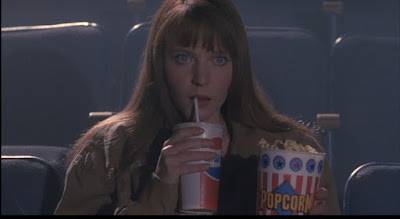 Don't hate me for this controversial statement, but this actually my favorite of the Elm Street sequels. The primary reason for this is Alice is my favorite of the series' protagonist, second only to Nancy in the original. In addition to that, the kills are terrific and Freddy is in full "entertainer" mode, without yet becoming too much of a joke. The movie is also DRIPPING with '80s cheese, and I am the biggest sucker for that stuff. Renny Harlin had such a great career back in the day, and I would love him to make a come back! 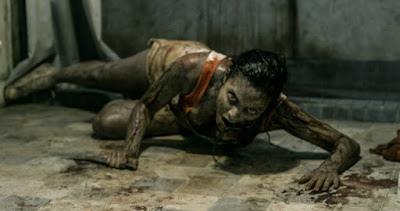 Yes, I know this one is HIGHLY debatable. Some consider this a remake, but I can't say I really do. The movie gives no reason to believe that it doesn't follow continuity from the original films, and it even features Bruce Campbell at the end of the credits. I say this is the 4th entry in the series, and it is a DAMN good one. I will never forget my experience seeing this with a few friends in theaters. None of us were accustomed to this level of gore back then and we were absolutely freaking out. It was the craziest rush seeing the violent events of this film unfold, and I would love to have an experience like that again. Ah, to not be desensitized! But besides that, the film is beautifully directed by Alvarez and Jane Levy announced herself to the world as a talent to watch. 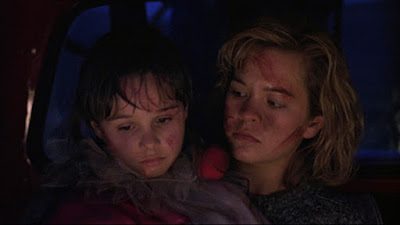 Much like with the previously discussed Elm Street film, this is also my favorite of the Halloween sequels. With the possible exception of the latest 2018 film, Halloween 4 has the thickest October atmosphere. Few movies make me happier to watch during the Halloween season! The film also might just have the best collection of characters in any of these flicks. I love Rachel and Jamie, and I desperately want them to succeed and make it to the end. It's fun to watch wild kills in slasher films, but it's even better to be anxiously worried about characters you love. Sure Michael's mask sucks, but it's miles better than we got in the 5th film! I just love this movie. 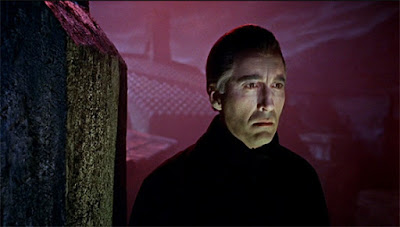 I've previously written about this film here and here, so I'm not sure how much I should be repeating myself. I'll just say, I love this Hammer Dracula movie. Despite the fact that Christopher Lee really didn't want to do it and found the script terrible, I think he gives one of his best performances as the character. It almost feels like the movie isn't really about him. It's about a group of young people and their very relateable struggles in life, and Dracula is thrown in the mix for an added conflict. I think he works brilliantly in this respect. I love the characters, I love the atmosphere and I love this movie. 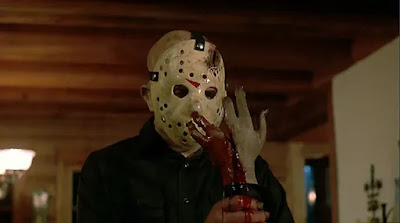 Friday 4 is easily the best in the series, and the only truly great horror film of the bunch. That's not some knock of the other Friday the 13th movies, I really like several of them. It's one of my favorite horror franchises and offers tons of goofy fun. But The Final Chapter is something special. The movie has actual scares that are still effective. Think of Jason killing the man in the basement, or jumping though the window towards the end. One reason the scares really work is how much we like the characters. Friday 4 has the typical bunch of partying teens, who actually are likable, but also has a family living next door to them. It's a great combination with tons of great characters, played by good actors. And just like we'd want, the gore is gory and the sex is sexy. It's one of the best slashers of the '80s!

What are some of your favorite Part 4's? Sound off in the comments below!
Posted by Daniel Epler at 6:37 PM