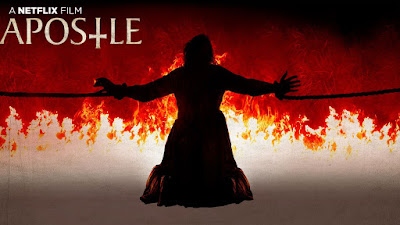 It's one of the best horror films of the decade.

I just watched Netflix's latest horror release Apostle, and have been shocked to find it's mostly been received by shrugs. I honestly wonder if it has less to do with the movie, and more to do with the release format. Anything released on Netflix is bound to feel less special than something released in theaters, and that's something that bums me out about them. However, regardless of the format, I believe Apostle (directed by the great Gareth Evens who made my favorite found-footage anything with his segment in V/H/S 2) is the best horror film of the year and one of the best of the decade. You obviously don't have to love it (like what you like people), but here's a few reasons I think you should. 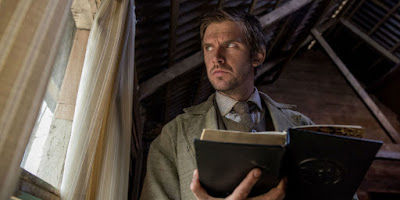 Like anyone with a soul, I love Adam Wingard's The Guest and much of that has to do with Dan Steven's lead performance. That movie should have made him the biggest star in the world, but the film barely got a release. I'm so glad Apostle gives us another great genre film with a great Dan Stevens performance. I think the great thing about him is he's one of the most energetic actors working today. He always gives everything 110% and leaves it all on the screen. In that way, he reminds me of early Nicolas Cage. Some might call him over the top, but I think he's endlessly entertaining. The movie already has crazy high energy, and Stevens is a big part of that. The film also has one of my biggest movie crushes Lucy Boynton, from The Blackcoat's Daughter (another one of the best horror films of the decade). She's great here as well, but I admit she doesn't have a lot to do. That's a shame, but I still love to see her in anything. Shout out to Mark Lewis Jones as well for doing a wonderful job playing the most evil and hateable character I've seen in a movie in a long, long time.

4. It's One of the Best Looking Films of the Year

Looking at this film's scenery and cinematography will be one of your biggest joys of the year, and that fact should not be overlooked. No matter what you think of the rest of the film, it is a sight to behold. This thing is GORGEOUS. The wide shots and vivid colors are spectacular. It's just such a shame I can't see it in a theater.

I knew this movie would be about a cult, but I had no idea the goddess they worshiped would be REAL. The appearance of her is so completely unexpected and shocking. I love that this movie had the guts to feature something this disgusting and bizarre. For a movie that looks as classy as this, that was a pleasant surprise. Let's be careful not to overlook a film was a monster this cool and creepy. Much lesser horror films get by for much less.

One thing I love about this film is what a genre mashup it is. It's a cult movie, a monster movie, a Lovecraft movie, a period piece, and a Saw-style torture movie. And that's probably not all. All the torture is creative, inventive and completely shocking. I consider myself a pretty desensitized horror fan who's seen a lot of stuff, and this movie had my jaw on the floor and my face in my hands. The "meat grinder" scene in particular was one of the most intense things I've experienced in a film in a long time. 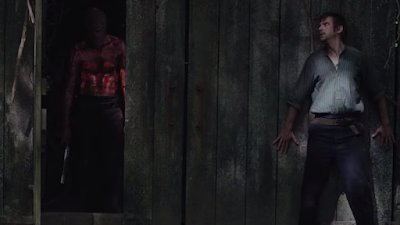 I know this part is subjective, but I found the movie to be actually scary and that is a rare thing for me. I love horror movies more than almost anything, but I never expect to get scared. If I did, I'd just be disappointed almost every time. Horror movies do not have to be scary for me to like them. However, when I find one I actually do find scary... that is a beautiful thing. This film is just such a case. I realize this portion of the list is based on personal experience, but honestly what part of talking about films isn't. Apostle was a physical experience for me that left me breathless and exhausted by the end. The violence brought unrelenting intensity, and the creepy imagery made my skin crawl. The film also features some incredibly upsetting acts, which may push some away from the film. That is understandable.

For me, Apostle is a landmark horror film. I don't think it's one that has much to say, but it is one that is so well done and so exploding with energy that I will no doubt remember it and revisit it for years to come (it only makes me sad that, because of Netflix, I will likely never be able to own it on blu ray). You don't have to love it. From reactions I'm seeing, it seems most do not. That's been the kind of year I've been having, I've mostly only gotten excited about films that very few others are. But I love this movie and perhaps this will trigger some to give it another chance or think of it a bit more fondly. If that happens, my work here is done.
Posted by Daniel Epler at 7:06 AM