Too many Stephen King movies are too underrated.

It seems to be the general consensus that Stephen King writes great books that translate in mostly bad movies. Sure, The Shining, Stand by Me, and the recent It are a few examples of highly regarded King films. But many get poor to mixed reviews from critics and little popularity with audiences. However, I do not share this opinion. I tend to really enjoy and even love Stephen King adaptions. The Dark Half is a great example why.

The Dark Half is a film based on a King novel that opened in 1993 to mixed reviews and box office disappoint. Although I'll be writing here about why it should have been better received, this is not a shock. For one thing, it's a horror movie that does not fit into any subgenre in horror and it's a film that is very difficult to explain without spoilers. Average movie goers tend to want to know what a film is about before they see it. What can be said without giving away all the mystery? Well, I'll give it a shot. 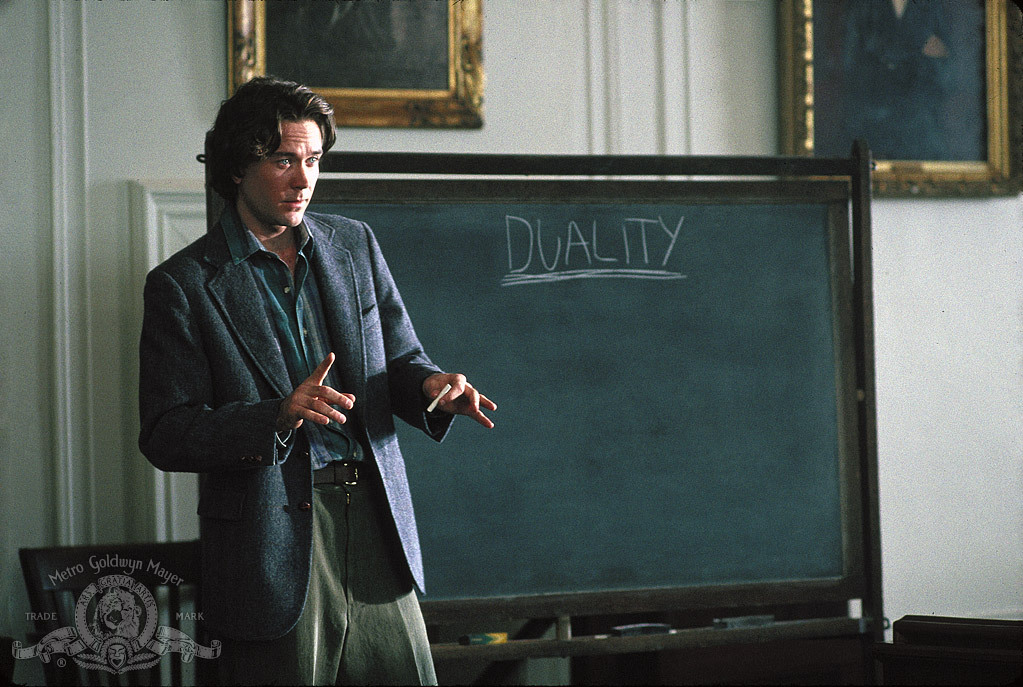 The film is about writer Thad Beaumont (Timothy Hutton) who as a child had an ingrown twin removed from his brain. Now an adult, he writes unpopular, high brow literature under his own name, and popular, trashy smut under the pen-name George Stark to support his wife and children. A number of murders start occurring all on people connected to his career and all the evidence points to him. Is Thad a murderer? Or has George Stark become a deadly reality?

The Dark Half is tackling a lot of big and interesting ideas, and I really admire that. Ideas and themes about duality, Jekyll and Hyde mythology, and the dark and light side of human nature. The problem is, the film really doesn't explore any of this successfully. The explanations for what the killer is and where he came from are half-formed at best. George Stark is a reality for quite unsatisfying reasons. Is he a product of the ingrown twin removed from Thad? Was he created supernaturally through sheer force of will? Nothing is very clear, but a lot of effort is put into exploring it. More work needed done. 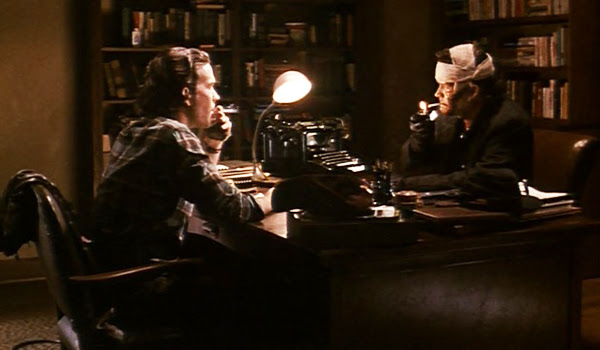 Nevertheless, this is a film I really enjoy and no doubt will return to again and again. George Romero (RIP to a wonderful genius) directed this film with all the confidence and talent he could give it. And that's a lot. The film is beautifully shot with many long takes and wide shots. It all enhances the wonderful atmosphere of the piece. The Dark Half takes place in the fall and that contributes heavily to the atmosphere. I love watching my favorite season with leaves on the ground and a chill in the air that almost flows through the screen. When that is combined with a typical Stephen King small town setting, I know I'm going to enjoy living in the film for the next 2 hours. There is constant imagery of birds and dead trees that really are artistic and beautiful. I love looking at this movie.

The film is also served by really solid performances. Timothy Hutton is nothing short of remarkable. He's incredibly likable and charming as Thad, and that is very important. If we don't like Thad then we won't care if he goes off to jail or not, and much of the film's stakes are dependent on that. And while he certainly does succeed, he still keeps a hint and darkness and sense that he could be close to madness throughout the performance. It works very well. But what really makes him great is he is playing two parts in the film. He is utterly unrecognizable. I truly could not tell if he was playing two parts and was not sure until I looked it up after I was done watching. Part of this is a testament to great make up, and part of it is Hutton is great. It is a strange choice to make Stark a sort of Elvis wanna-be (made all the more obvious by the Elvis music on the soundtrack) but at least specific choices are being made. I respect that, even if I think it's odd. 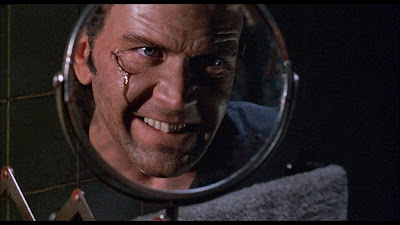 A young Michael Rooker also gives a strong performance as the local sheriff. Amy Madigan co-stars as Thad's wife and is very underused. She's basically confined to playing "concerned wife" that so many actresses are sentenced to. It's a shame, but she does great at what she's given.

However, let's not forget that this is supposed to be a horror film. How is the horror of The Dark Half? I don't think anyone (outside of perhaps small children) would find it scary, but there are a few unsettling scenes that Romero constructs beautifully. The dream (or nightmare) sequence in the film is particularly impressive. Few dream sequences that I've seen achieve being quite so surreal. The things Romero thinks of to put in that scene are so bizarre and crazy and I really admire it. There's also a bit of very gruesome imagery at the end that is very well done and satisfying. The real problem of the horror comes from the murders. The murders tend to be towards people we don't really know or care about. There isn't tension in these scenes, but Romero's direction and Hutton's performance still makes them entertaining enough. 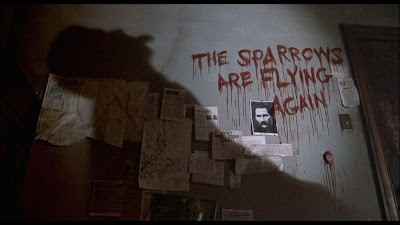 The Dark Half is a movie with interesting ideas that are poorly formed, but is more than saved by a great lead performance and wonderful atmosphere. Sure, it's a mixed bag, but the positives far outweigh the negatives and it ends up being a movie I really enjoy.
Posted by Daniel Epler at 11:02 AM