Death is the only escape....

I consider myself a fan of the filmmaker Rob Zombie. I think he's a guy with a very distinctive voice in horror and he makes very big and interesting artistic choices. Yes, he makes movies with very graphic violence and often white trash characters, but there is an art to what he puts together. He does very interesting things with cinematography and lighting that I love to look at. He's also very obviously influenced by Tobe Hooper, who I'm a big fan of. Zombie makes movies unlike anything others are making right now. Like him or not, the guy is an original. I dig that. That all being said, 31 is his low point.

I have still yet to his Halloween remakes (I'll get to them I promise), but Zombie displayed a very obvious progression as a filmmaker through House of 1000 Corpses, The Devil's Rejects, and The Lords of Salem. He went from an over the top splatter movie, to a sadistically dark horror drama, to an almost dream like art film. 31 shows him go backwards to over the top splatter movie that isn't even up to the quality of his debut feature. I would be much more likely to excuse 31 as a first film. But it's not. It's House of 1000 Corpses but not even that good.

31 opens with an incredible opening scene. Sure, it's showy with it's black and white cinematography and incredibly long monologue. But it's very cool and very creepy. Richard Blake shows that he will not disappoint as the film's main villain. And it's true, he does not. He's the best thing about the movie. But then the film cuts to our lead characters traveling cross country in a large van that feels very reminiscent of the original Texas Chainsaw Massacre (more Hooper influence). The difference is that Zombie has neglected to make any characters that aren't irritating. Our lead characters are middle aged people who talk about almost nothing but sex. Really? Are they 16? No, they're in their 40's and 50's. Rob, they're too old for that and even if they were younger if would still be annoying. It would make a little more sense, but it would still be annoying. Sheri Moon Zombie (Rob's wife) returns as the lead character. I actually really like that they work together on every film because I think it speaks well of their marriage. Her acting also really peaked with The Lords of Salem. In this movie... she's fine. She doesn't really have much of a character to play. She's often pretty badass, but just not interesting at all.

I am usually not one to complain about a horror film being in bad taste... but this film is really in bad taste. The story follows this group of people caught in a maze where they are put in a sadistic game where they must survive as psycho killers try to mutilate them. Outside of Richard Blake, they aren't scary and are in poor taste. There's a Hispanic Nazi little person. The one female is scantily clad and has the word "sex" printed across her shirt. It feels like the work or a very young and naive filmmaker. Zombie should have moved beyond this kind of stuff. 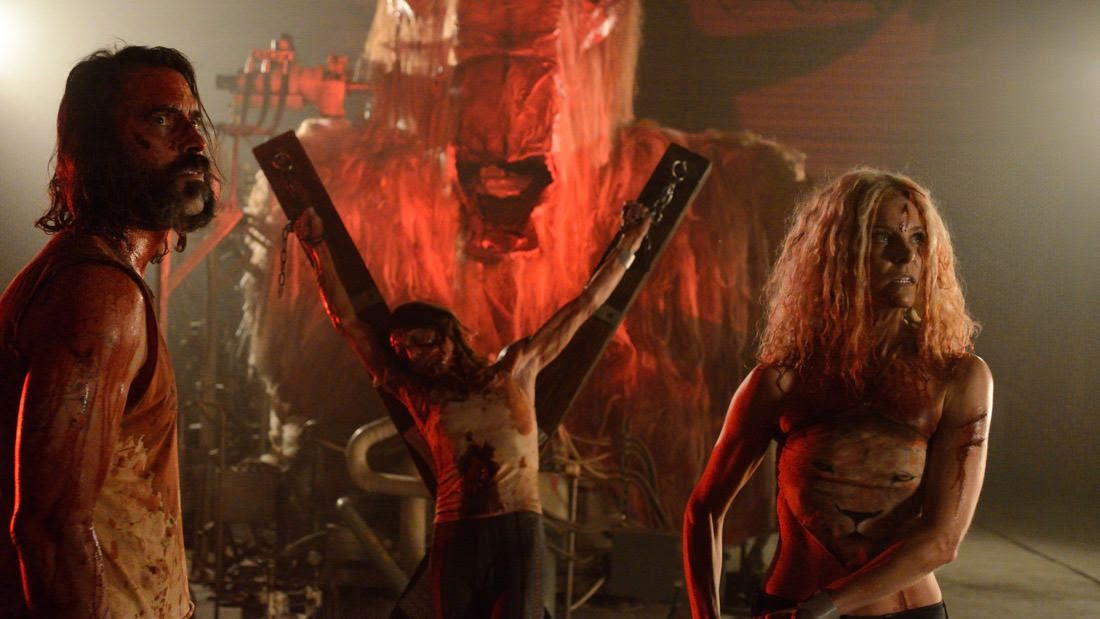 It's a tricky game making violence really work. Sometimes the most gruesome violence can generate little reaction. Sometimes something as small as a paper cut can make us cringe and squirm. 31 falls into the trap of having incredibly graphic violence that leaves little impact. Perhaps it is because we care so little about the people being mutilated. Perhaps it is because the cinematography in these scenes is so shaky and jumpy that it's often difficult to tell what is happening. I like gore gags, I'm certainly not the type of horror fan to say "it's what you don't see that's really scary". That line of thinking gets on my nerves. Gore is fun, but in this movie it feels almost worthless.

Look, I don't want it to sound like 31 is totally without merit, because it's not. As I said before, Richard Blake really gives this movie his all and is scary and entertaining. The ending of the movie also leaves me with an impression that 31 is almost better than it is. I love where this movie ends up. It really makes me happy when I movie can stick the landing and go somewhere I wasn't expecting. It's a great ending.

Overall, 31 is a hyper-violent splatter movie with bad characters, mostly bad villains and some really poor taste. I'm sure it will be very much to some people's liking, but I found it a big step backwards for a filmmaker I really like. I'll still be there for your next movie Mr. Zombie, but I'm really hoping for more.
Posted by Daniel Epler at 9:58 AM