Will we float too?

The new film, It, has become more than a movie at this point. It’s a record-shattering phenomenon. It has enjoyed the highest grossing opening weekend of any horror film in history, and is the talk of every place I go. I’ve seen a few true “event” films in my movie-going life, such as The Avengers and The Force Awakens. This is the first time I think I’ve seen something like that for a horror film. It is an event. And it deserves it. As most of you probably know, It follows the story of a group of misfit kids (known as The Loser’s Club) who find out the reason for a high rate of child disappearances is a demonic clown who feeds off the fear of children. The best thing about the movie is undoubtedly the child characters and the brilliant actors portraying them. Their chemistry and camaraderie with each other is really something to behold. The film seems to understand something about kids that many films do not. Most kids don’t live in a kid-friendly world. That’s not to say, of course, that most kids deal with Pennywise the dancing clown! But these kids curse, tell dirty jokes, and deal with very serious problems in their home lives and get ruthlessly bullied in ways that are far from family-friendly. It’s easy to love and sympathize with these kids seeing them interact with a world that is far harsher than they deserve. Most real kids don’t live in the Disney Channel. These kids don’t either.

Still, even with such great characters the film would not completely work if Pennywise did not present a serious and frightening threat. Thankfully, he absolutely does. Bill Skarsgard is unrecognizable as the clown. He gives such a fun, frightening and energetic performance that is always a joy to watch, and never corny or laughable. The filmmakers know how to please an audience at a horror film, and that is to give constant thrills and scares. It gives us those in spades. I might think that the monster would choose to appear as a clown in order to draw kids in, but that is clearly not Pennywise’s goal (at least not past the first scene). This clown exists solely to elicit fright and terror in his victims. He is up to the task! We get many fantastic scenes with Pennywise and each is fun and exciting. Whether he’s creeping on kids from a storm drain, or jumping out at them through a wall, it is always a jolt of adrenaline to watch him on screen! I have talked to many people who found the film very scary, and I am so happy for them that they got that experience. I did not. One jump scare worked on me, and a scene of a child and her father was highly disturbing, but that was the extent for me.. However, that did not take away from my enjoyment one bit. I found the movie utterly delightful and I sat in the theater with a big grin on my face! It feels like an incredibly fun haunted house experience. Every turn of a corner leads to another thrill and I couldn’t have been happier. The effects are wonderful. It’s a great mix of mostly practical, but also CGI. This is the best use of CGI I have seen in a horror film. I’ve always been staunchly opposed to CGI in horror films because I’ve never seen it used well. This is the exception. The computer imagery blends seamlessly with the practical and only serves to enhance the presence that is Pennywise. My two favorite horror films of all time are Fright Night (1985) and A Nightmare on Elm Street (1984). The scare scenes of It have a lot in common with those of my two favorites. They all explode with imagination and make very big creative choices. The monster (whether it be Jerry the vampire, Freddy Kruger, or Pennywise the clown) is constantly concerned with terrorizing the kids and the filmmakers use big special effect set pieces to accomplish this. All the scare scenes in these movies have a huge fun-factor that serves to make the fear more enjoyable, instead of upsetting. This tone of ‘scary-fun’ that flows through all three films deeply speaks to me personally and helps explain why I love It so much.
It (2017) gives the world everything it could want out of a horror film experience. Constant thrills and excitement, wonderful and endearing characters, and a monster that is truly iconic. All this, and I haven’t even mentioned the incredible cinematography by Chung-hoon Chung, and beautiful music by Benjamin Wallfisch. The film is a technical marvel.
I like It a lot. 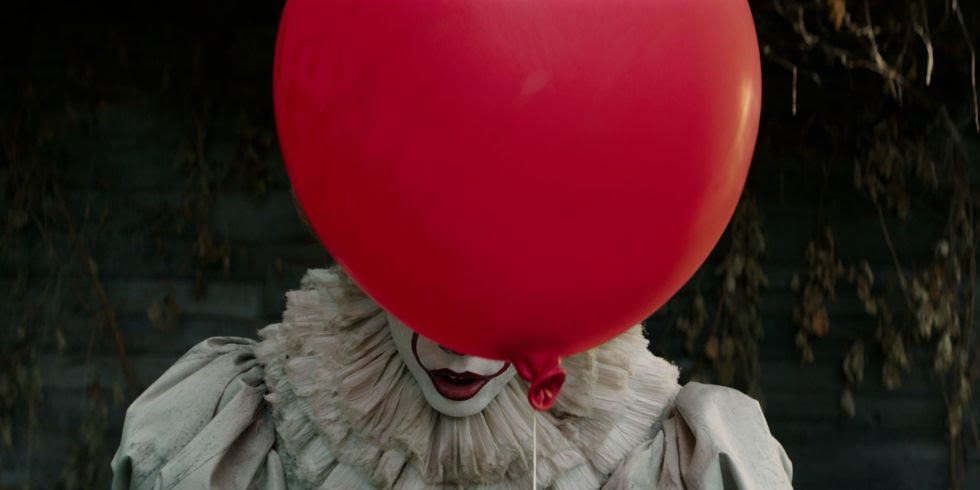