Last night I had the opportunity to see Wes Craven’s classic from 1984 A Nightmare on Elm Street on a big screen at my local Alamo Drafthouse. It was an absolutely wonderful experience. One thing that is so terrific about the Alamo is their pre-show. As opposed to ‘First Look’ that AMC shows, their pre-show is always themed. This time we got to see things like an 80’s rap song about Freddy, some trailers for Nightmare sequels, and, unless I’m mistaken, I believe we saw footage from the television show ‘Freddy’s Nightmares. All this paired with an employee dressed in an incredible Freddy costume going around scaring people made for an incredible pre show experience that perfectly set the tone.

I am starting to become of the opinion that if one hasn’t seen a film in a theater, then one has not truly seen the film. I know that sounds PAINFULLY pretentious. But I had seen this film many, many times (I have and still consider it my second favorite horror film of all time), but it was an entirely new experience last night. This seems to always happen when I see an older classic theatrically. Movies are not meant to be seen at home. Movies are meant to be seen in a crowd on a giant screen with the lights down and the sound cranked up. Every second of a film is so much bigger and more important in a theater. It may be the only way to feel everything there is to experience.

I believe A Nightmare on Elm Street is one of the greatest films ever made. It is far from perfect, but it’s a film where almost all of its flaws work to the films advantage and add to the charm. I don’t think there is another horror film in existence that works so incredibly hard to be scary. Many other slashers horror films rely on the tension of watching characters be stalked by an insane murderer to provide the scares. Many rely on the blood and gore. Many even give the killer a frightening look to add to that (the Michael Myers mask in particular is an incredible and frightening image). But Wes Craven works so hard to find every possible thing he can think of to scare the audience along the way. What if the killer frequently scraped his knives along metal to provide a frightening noise? What if he cut his own fingers off? What if his face got torn off for a moment while he was laughing? He if the protagonist’s stairs turned to goo as she tried to climb up them? Craven uses the idea of of the scares happening in dreams to full advantage. Anything can happen. I still maintain that Tina’s death scene is one of the best and scariest scenes in horror film history. It still scares me every time and I am NOT easily scared. It’s a symphony of terror. Before the film, an Alamo employee shared some trivia with the audience and told us that Robert Englund as Freddy only has 7 minutes of screen time in this 91 minute film. I haven’t bothered to check that, but I’ll take the man’s word for it. What immediately struck me when he said that is I have never watched the film and thought to myself “Gee I wish the film would just get back to Freddy already”. Trust me, I have definitely watched other horror films and wished that about the monster. The fact that Nightmare never leaves me thinking that is a testament to the film’s characters. The characters are absolutely wonderful.

Johnny Depp makes his screen debut as the leading lady’s boyfriend, Glen. Glen is a great character because he feels so accurately like a teenage boy. He’s a good kid and he’s sweet and he certainly endears himself to the audience, but he’s a little dumb and not very responsible. Not dumb to a silly degree, but just dumb in the way teenage boys tend to be. Trust me, I’ve been one. Everything about him rings true. Jsu Garcia plays the film’s “douche-bag” role and to me the character and his performance is one of the film’s highlights. There are so many other horror films that have a douche character just to be a jerk so we can enjoy watching them ‘get it’ from the monster. Nightmare doesn’t do that with Rod. Rod is a bad guy, but he’s also a human being with actual feelings. He’s multi-dimensional, you know, LIKE HUMAN BEINGS ARE. The scene of him in jail crying and saying “maybe I could have saved her” gives me chills every time. It’s a wonderfully performed scene from Jsu Garcia showing that the writer/director and actor all care about this character. He’s a person and it makes his fate tragic, rather than satisfying.

Then there’s Heather Langenkamp as Nancy Thompson. Oh boy… what to say. She’s absolutely nothing less than the greatest final girl in a horror film of all time and one of my favorite protagonists in cinema history. Throughout the film she goes through an incredible tranformative character arch going from a scared kid to a strong hero completely in control. At the end of the film, Freddy is not defeated like other slashers by chance or because the protagonist happened to get her hands on a machete. Freddy is defeated because Nancy is smarter and psychologically stronger than him. She strategizes and forces people to help her even though everyone around her is clueless (and yet they often fail her). She’s amazing.

All this and I never even discussed John Saxon (JOHN SAXON), Amanda Wyss, or Robert Englund. All are incredible. 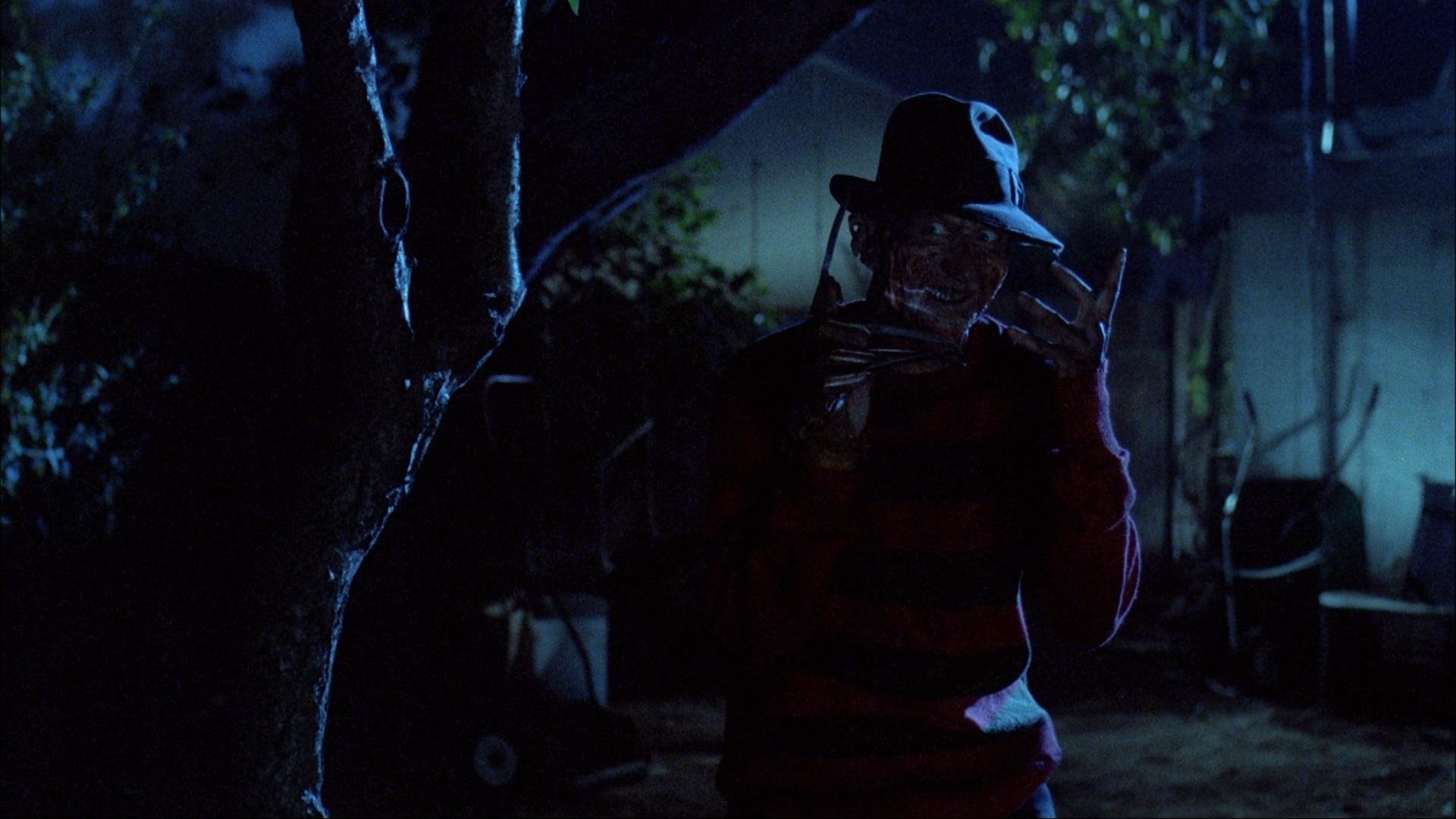 Certainly, the film is a little messy at times. The ending is a studio tack-on that was out of Wes Craven’s control, and Ronee Blakely playing Nancy’s mom is the clear weak-link. I know she received acclaim and awards for Nashville (1975) so I really don’t know know what happened with her here. But I don’t think any of the imperfections matter. To me, it’s a perfect horror film. I love every second of it and it gives me so much joy.
Rest in peace Wes Craven. You are a legend and a genius and this film will always be special to me.