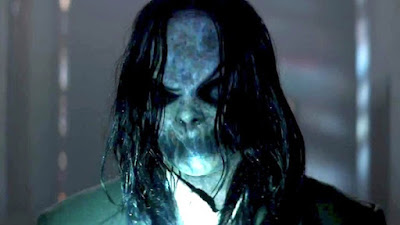 
I don’t just hate Sinister 2. Sinister 2 hates me. And it hates you too.


Sinister 2 is obviously the sequel to the surprise hit Sinister, which I’m actually a fan of This one primarily follows the police officer from the first film. He’s a likable, if dull, character and I enjoyed him well enough. If you knew him in real life you’d say, “he seems nice”, and then be done. Our loveable officer is still after the sinister Bagul who abducts children to do his dirty work.


Now I love horror movies. Of course I do. And I hate to hate on horror movies. I can generally finds things to like about most and try to give them the benefit of the doubt. I just love horror movies and hate it when people bash on them. But that’s primarily why I hate this movie so much. This movie hates horror movies. And it hates you for liking them. I don’t think I’m stretching to find a message in this film, and I believe the message is this. Children shouldn’t watch horror films.


Our young child protagonist is being haunted by the ‘possessed ghost children’ club that works for Bagul and are forcing him to watch their video tapes of violence. Obviously in the film these tapes are real, and not fake like horror films, but I can’t help but see the not so subtle message. All these films horrify the young kid and he is consistently saying “I shouldn’t be watching this”. The films are horrifying (supposedly although the film can’t make them scary). The movie is constantly saying that he shouldn’t be watching them. There is also a scene where the two kid brothers are watching ‘Night of the Living Dead’. Their mother tells them not to watch it, and the ‘bad kid’ brother argues that he should be able to. But as the film reminds us over and over, he’s the bad kid. The good kid doesn’t want to watch horrifying things. Because good kids don’t watch that stuff. 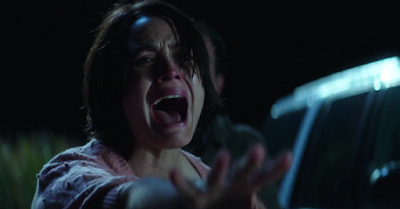 You would be hard pressed to find a horror movie fan who didn’t grow up watching horror movies. And most of us look back on that with great fondness and nostalgia. Watching horror as a child is incredibly special and exciting. And yet Sinister 2 is a movie obviously aimed to horror fans that tries to say that that is bad. Watching horror movies are bad. Now I know the ‘films’ in the movie are ‘real’ and not fiction. The movie takes it to the extreme. And of course watching a snuff film is sadistic. But the throwing ‘Night of the Living Dead’ in there makes the once arguable message more obvious. And Romero’s ‘Night’ is like Citizen Kane to horror fans. Don’t try to say we shouldn’t watch it. Not watching Night of the Living Dead is the worst.

Ciaran Foy directs the film like he hates horror too. I’m not saying he does.And maybe he never even noticed the message. But he directs all the horror in the film like he doesn’t care and is trying to get it over with. No care or love seems to go into the scares. When you watch what James Wan does in ‘Insidious’ it seems like he loves horror and is putting a great deal of love and care into it. That is absent from here. And that is perhaps the worst sin of filmmaking to me. When an artist's doesn’t seem to care. I’m not saying he for sure doesn’t care because I don’t know the man. But I am saying it doesn’t look like he cares. And that is almost just as bad.

There are more problems. The film’s main ‘Boogeyman’ has almost nothing to do at all. The horror is performed by children to a laughable degree. Children supposedly do things that children could never physically do. And if you put in a chase scene where a ten year old is like Jason Voorhess chasing grown adults, I will laugh at you. Are you serious??

Sinister 2 is bad, offensive and insulting. I like the lead actor and actress, but they’re stuck in a piece of garbage. I want to go watch wonderful horror now. I hate hating.
Posted by Daniel Epler at 7:58 AM