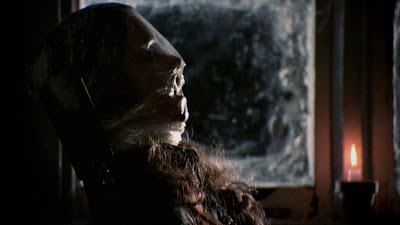 This is the only slasher movie that I find legitimately scary.

I really dig slasher movies. I think they're an absolute blast to watch. However, I am almost never scared of slasher movies. I love Halloween and A Nightmare on Elm Street, and I know they were horrifying films in their time and often still today. But I'm not scared of those movies. I just enjoy and admire them. It could be because the villains in those movies are such pop-culture icons by 2015 that the sight of them becomes more fun than frightening. The beats and scares in those film have also become incredibly iconic, and that might take away from their power of horror. But none of these things apply to Black Christmas. That might be why it's the scariest slasher to me personally. Also, because it's a really well made film.

Black Christmas has a very typical premise, but keep in mind it predates Halloween by 4 years. A crazed lunatic escapes from a mental hospital and terrorizes a sorority house. If this were made today it would be drenched in camp, but Black Christmas takes it's premise seriously. Perhaps the most interesting thing about the film is how serious it is, but it still works as a black comedy. A Black Christmas comedy. The film is funny in many ways. Marian Waldman plays the sorority's alcoholic House Mother and gives a terrific comedic performance. There's also some great gags involving a certain police sergeant who is a real dumb piece of trash. This all sounds quite mean-spirited, but I did say the comedy is dark. 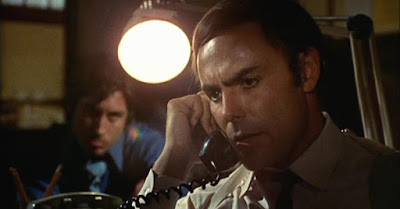 Amidst all of this is truly wonderful performance by Nightmare on Elm Street's own John Saxon who gives the whole film a powerful weight and true credibility. He's even better here than in Nightmare. I give Saxon so much credit for being a great actor who's willing to do low-budget horror and elevate them with his presence.

Now, let's talk about the horror. I believe the reason for the film's effective scares is the way the killer is portrayed. Unlike horror icons like Michael and Freddy, we never get a good look at Billy. Billy remains a total mystery. His personality is simply portrayed as a total psychopath. He is given no rhyme or reason for his madness and there's nothing cool or iconic about him. He is just a madman. And that is scary. Real life horror is much closer to Billy than to Jason or Michael. He's not cool, fun or a Halloween costume. He's a lunatic who you truly believe will do anything and for that reason the film feels dangerous. There is also a reoccurring image of one of his victims that is really unsettling.

Black Christmas is full of great acting, real drama, genuine laughs and scares that really are unsettling. It's also fascinating to see just how mind-blowingly influential it is. If you're a fan of Carpenter's Halloween (and I cannot imagine you aren't), you have to see Black Christmas just to understand where so much of Halloween comes from. Black Christmas isn't as good as Halloween (at least to me) but it is an interesting, scary ride that horror fans much experience.
Posted by Daniel Epler at 11:30 AM