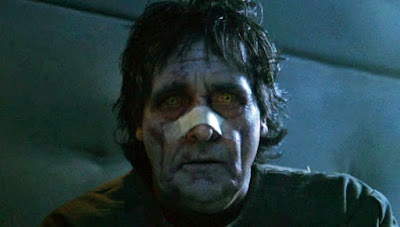 Movies are for watching in an exhausting fashion.

Movie marathons! It might be my favorite way to watch a movie. There’s something about watching a big collection of films all in one day that takes the pressure off any single one of them to be great. Even if a movie doesn’t really work, it can serve a valuable purpose in how all the films play together. Plus, planning a marathon is one of my favorite things do.
My first real movie marathon, I believe, took place in 2015 at the Patio Theater in Chicago. My friend Seth and I drove down there to attend a 24-hour Horror marathon called The Massacre. I had heard about it for a few years on my favorite podcast ‘F This Movie’ and I just had to experience it for myself. Ever since then, I’ve been pretty obsessed with movie marathons. I also have to credit Patrick Bromley at F This Movie in general for constantly getting me excited for marathons with his ’24 Hours of Movies’ columns he writes. Those are great, and you should check them out. This year I marathoned 10 movies (10 AM – 2:30 AM) the Saturday before Halloween. 8 new-to-me, and 2 revisits. Here’s how it went! 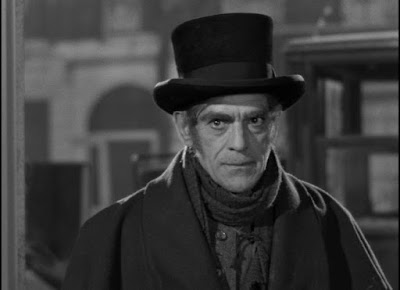 Movie 1 – The Body Snatcher (1945)
I’m a very passionate believer in beginning a horror marathon with a black & white film. There’s something about dipping your toe in the water with some classic spooky atmosphere that feels perfect. This Val Lewton produced film stars the incomparable Boris Karloff as a sinister man who robs graves for a local medical professor. While that may sound macabre enough on it’s own, there is so much psychological complexity going on in this film. It’s fairly low on horror, but high on intense drama. I loved it. 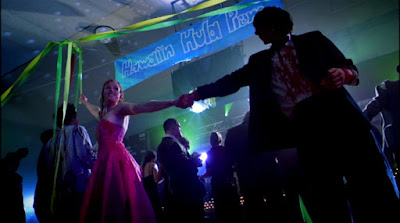 Movie 2 – Dance of the Dead (2008)
After getting some spooky atmosphere going, I think it’s a good idea to move on to a horror comedy. Dance of the Dead is a fairly standard high school comedy (a genre for which I am a sucker) with some good ol’ zombie violence thrown in with the prom. It’s light, silly and totally harmless. Not one of my favorites of the day, but it continued to wade me into the pool before the waves really start hitting.

Movie 3 – Cabin Fever (2003)
One of the two revisits of the day, Cabin Fever is one of my favorite horror films of the 2000’s. Even though when my friend Cris and I showed it to a group back in college it was hated and we were constanely mocked for liking it. We didn’t care! We love it. What really struck me this time is how completely bizarre it is. It’s packed with crazy moments that seem to only exist to confuse the audience, which makes it a perfect midnight movie for a crowd of weirdos (like myself). Only problem is I watched in the early afternoon. I enjoyed it, but perhaps should have played it later. 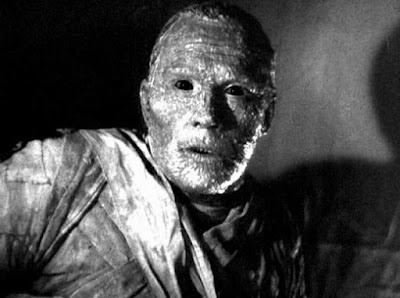 Movie 4 – The Mummy’s Hand (1942)
Now that I’ve watched a couple of modern movies, it’s time to go back to a classic. I have to watch a Universal Monsters movie at some point, so I opted for their first Mummy sequel, which I had never seen. Much to my surprise, I really enjoyed this movie and might like it better than the first! This film does not intend to continue continuity from Karloff’s film, but instead reimagines the franchise with a new Mummy and a new style. This is a straight up monster movie, and not the gothic love story that the original is. I also learned that Terence Fisher’s The Mummy that he made for Hammer is really a remake of this film. For the first time in my life, I’m starting to become a fan of this lesser-loved monster. 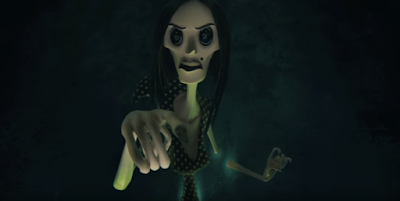 Movie 5 – Coraline (2010)
I’ve been doing some catching up on stop-motion spooky movies this October (loved Corpse Bride) and took this marathon as an opportunity to switch things up with a kids film. I’m sure everyone has already seen this one so this isn’t news, but Coraline is very imaginative and crazy scary. This movie is drop-dead gorgeous from start to finish and the attention to production design and cinematography is incredible. I wish animated films looking this good was more common. Great movie, and a great change of tone for the line-up. 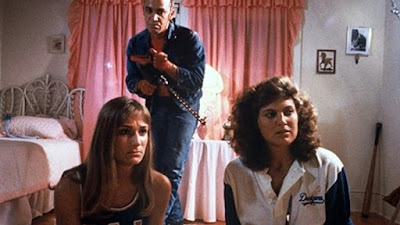 
Much like a Universal Monsters film, an ‘80s Slasher flick is a must as well. What makes this one interesting is it's one of the only '80s Slasher films directed by a woman. Perhaps as a result, the female characters feel more real than usual for the genre, not defined by single traits like "nice girl" or "slutty girl" or nonsense like that. The movie is also trying to say something about the female fear of weird men who find you attractive, and does it very well. At least I think it is. Go read some female analysis on this one. Point is, I liked it and it very well scratched that slasher itch. It gives you everything you want from one of these movies! 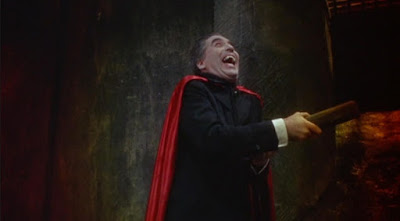 Movie 7 - Dracula Has Risen From the Grave (1968)
Never let it be said I would program a movie marathon for Halloween without including a Hammer film. This was the dinner time movie, so I got some amazing pizza to eat with it. What else can I say about this one? I've written about the movie 3 other times on this site. It's one of my favorite Hammer movies, and just movies in general. I loved watching it yet again! 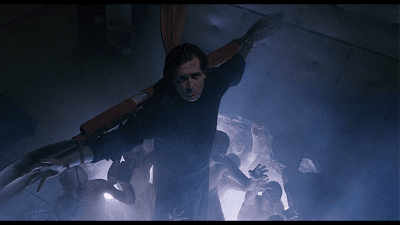 Movie 8 - The Exorcist III (1990)
It was now time to take a break from the fun and show something actually (hopefully) scary. I'd heard about this film so much for so long and it was definitely time to finally watch it. This turned out to be the crown jewel of the entire day. The Exorcist III scared me more than any movie since Hereditary. It has such an oppressive atmosphere of powerful evil, and it really got under my skin. It might have something to do with the fact that writer/director William Peter Blatty actually believes in this stuff. It feels authentic in a way that is so damn creepy. The movie is constantly showing you random surreal imagery that frightens you in a very primal way. The story is a little messy, but it is so scary and George C. Scott is so incredible in it that I absolutely loved this film. Plus, the jump scare I had long heard about did NOT disappoint. 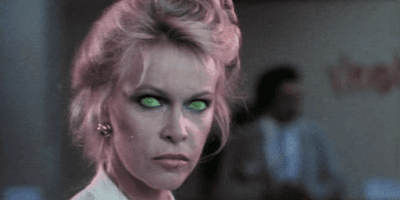 At this point it's 11 o'clock, I'm tired, and I know I have 2 movies to go. I seriously considered cutting this movie out and just skipping to the grand finale. But no! I stayed committed and pressed on. This was my slot for a bonkers film! Turns out, this slot was even harder than I anticipated because I really did not like this movie. I'd heard it was good, bonkers fun but nothing about it really worked for me. It felt very amateurish, and I do not just mean "low budget". It's something of a soft-core porn (in story, not just content) with random sequences of the star turning into a monster and occasionally killing people. I can see how someone could have some fun with this one, but I just couldn't. I spent most of the runtime wishing I had put on a Fulci film instead. 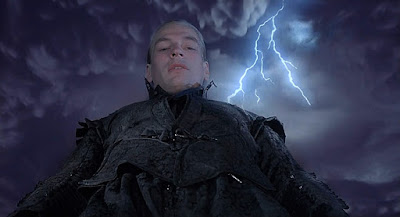 I usually like to finish a marathon with something a little more "Hollywood". I remember at the one 24-hour marathon I attended they ended with Carpenter's Christine and it was a massive breathe of fresh air. The night has been full of "bonkers" movies including low budget American stuff, Spanish sexploitation, and Italian Giallo (I wasn't the huge fan of them that I am now). A ton of that stuff in a row in the middle of the night can melt your brain. But then Christine came on and my friend and I were so thrilled to see a movie that felt accessible and polished. It's a Carpenter film! The man can make a slick movie. For this marathon, I didn't go with a classic like that, but rather a Steve Miner film that I hadn't seen. Steve Miner is a similar filmmaker in that he's great at making a very satisfying movie. Warlock didn't give me a Christine experience, but it was fun, and very fast-moving. That's exactly what you need in a closing movie. Plus, the cast is just terrific, which is the movie's best feature.

And there it is! Another satisfying marathon for the spooky season. How about you? Any movie binging for October? Sound off in the comments below!
Posted by Daniel Epler at 7:11 PM