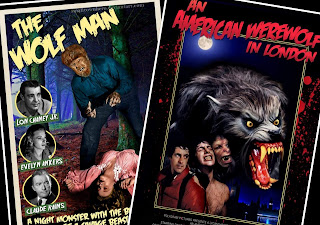 Daniel is joined by Cris Hurtado to howl at the moon and talk about WEREWOLVES. The Wolf Man (1941) and An American Werewolf in London (1981)! From Universal Monsters to gory '80s Horror, your Cobwebs hosts have a blast watching what happens when the Wolfbane blooms and the autumn moon is bright!