My Top 5 Hammer Films (NOT Dracula or Frankenstein) 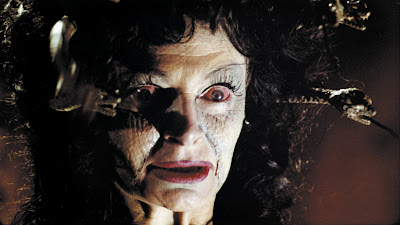 I've wanted to write a Top 5 Hammer films for a long time, but the truth is that the majority of it would comprise of Frankenstein and Dracula movies (I'm BASIC you guys), and that kind of list just didn't seem interesting to me. I already wrote a piece ranking the films with the Count, and plan on doing the same with the mad doctor anyway. So I'm doing something a little more out of the box here. Here is my Top 5 Hammer films NOT including anything from the Frankenstein or Dracula series'. Let's get Hammered! 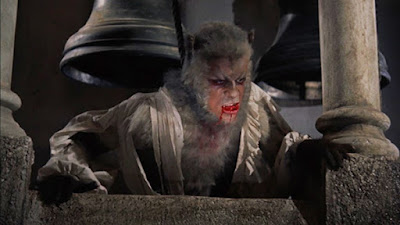 For whatever dumb reason I'm not sure of, there were only 3 Hammer movies I watched as a kid. Horror of Dracula, Curse of Frankenstein, and this gem. I never liked it as much as those first two, due to the slow pace and lengthy screen time one has to wait to see the title monster. Now, I don't have a problem with that at all, and I really love this movie. I think this is my favorite looking werewolf on screen. The make-up job for the creature is incredible, as is Oliver Reed's performance while wearing it. His physicality for the beast is on par with Lee as Dracula. I love how animalistic he is while jumping and climbing the tower. The whole climax is incredible, and displays what a glorious time it was for special effects. In an amazing shot, the Werewolf straight up throws a burning hay sack at a crowd of people. No CGI to fall back on, they just did that. Even though that climax is the clear highlight, I still dig the backstory (there is a lot of it), the romance, and all the performances. Especially by the insane Oliver Reed. While I still think it's inferior to Universal's The Wolf Man (forever my favorite werewolf film by far), it's easy to love them both because this film could not be more different. It's one of the most original werewolf movies I've seen, and one of my very favorites. 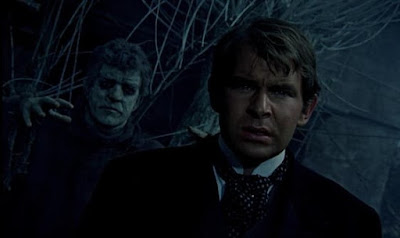 Here's a Hammer film I'd been aware of for quite some time, but didn't see until very recently. I think I assumed a Zombie film before Night of the Living Dead was bound to be pretty lame. I'm no White Zombie fan, for sure (I'M SORRY). Plus, no Christopher Lee or Peter Cushing? It wasn't a priority watch. But fear not, I wasn't a total moron because when I found out Scream Factory put it out on blu ray, I picked it up right away. I had THE BEST TIME watching this movie on a dark and stormy night (no, it actually was). Essentially, this is a Dracula knock off. A powerful Squire who lives in a Castle is killing the poor villagers and turning them into undead creatures (zombies instead of vampires) to do his bidding, all while an older and brilliant doctor works to stop him. You know this story. What really elevates the movie is Andre Morell as Sir James (the Van Helsing stand-in). This man can literally spout any ridiculous dialogue and completely sell every word. It's not just him though, I love the whole cast, and the film features one of my favorite "zombies crawl out of their graves" sequences in film history. This movie is just a straight up blast from start to finish! I would make the case that this is Hammer's most underrated film, and one of the most underrated films of all time. It wasn't well received by critics and is one of their few films to fail at the box office. I can't imagine what the problem was. Maybe the lack of Peter Cushing or Christopher Lee, or more likely the low amount of gore and boobs. Nevertheless, I think it is incredible and by far my favorite cinematic version of the story. The Phantom is given the same backstory as in the Universal 1943 film, but I find it so much more effective here. Michael Gough is so hateable as the villain and Herbert Lom so sympathetic as the tragic monster. Edward de Souza (Kiss of the Vampire) plays our hero and romances Christine (Heather Sears), and I completely on board for their love story. I love the scene of the two of them in the carriage making too many rounds around the park. But what really makes this movie shine is the breathtaking production design and Fisher's wonderful direction. But enough of me gushing. I find this movie completely captivating and emotional. Not to mention, the Phantom mask is awesome and the coolest he's ever looked. 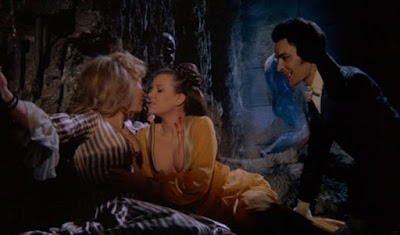 This movie is just Hammer excess at it's craziest and most awesome point. It has every amazing thing you could ask for from one of these flicks. Vampires! Satantic cults! Witch burnings! Nudity! Blood & gore! Beheadings! PETER CUSHING! See what I mean? It's positively epic. Twins of Evil is the third film in the Karstein trilogy, 3 Vampire films loosely connected. It's a great trilogy judging by the 2 I've seen (I've already preordered the Scream Factory copy of Lust for a Vampire and could not be more excited to see it). This film is one of the craziest and most fun films that ever came out of Hammer. Yet at the same time, it's one of Hammer's darkest and most mean-spirited films. Twins of Evil is very low on heroes and very high on evil vampires and even more evil clergymen. I love it like crazy. Watch this bleak and sleazy Vampire movie and have a blast! 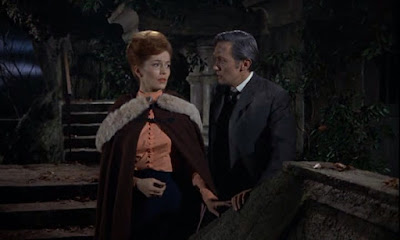 Hey, remember that one time a movie studio put the best talent and resources they could into a horror movie about a Medusa creature? That was a weird thing. It's also one of my favorite movies ever made. Seriously, I feel like I could watch this movie everyday and be happy. Reasons? First, it's starring THREE of Hammer's greatest regular stars: Peter Cushing (with epic sideburns), Christopher Lee (as a brilliant and dashing hero), and the lovely Barbara Shelley (god I'm in love with her in this movie). They are all amazing, and I'm also a huge fan of Richard Pasco as the romantic lead. Second, this is one of Hammer's most lavish and beautiful productions, and the fact that it went into a MEDUSA MOVIE makes me consider this one of those rare miracle films. It's bizarre that this exists, and even more bizarre that it's as good as it is. This really is one of Hammer's classiest and most elegant films. The usual pumped-up sexuality is replaced with a really sweet and lovely romance. It's a beautiful film. Oh, and it also has crazy-cool monster effects, beheadings, and people turned to stone. So it's still a cool Hammer flick! I love it.

Do you have a Top 5 Hammer films (with or without Drac and Frank)? Sound off below!
Posted by Daniel Epler at 10:40 AM