In Defense Of: Horror Complaints

This should be fun.

I love horror in almost all of its forms. I'm one of these guys that doesn't just love the all-time classics like The Texas Chainsaw Massacre and Halloween. No, I love a lot of the... some would say... trash. However I'm not a person who tends to dig movies on a "so bad it's good" level (although I do enjoy a screening of The Room as much as the next guy). I tend to justify why I like the stuff I like. Here I'm going to list off a few common complaints with the Horror genre and discuss why I think these complaints are wrong. In Defense Of.... 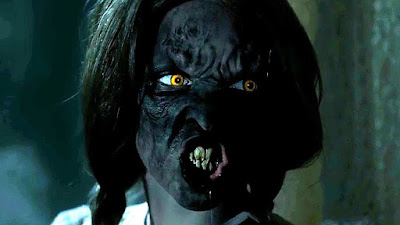 All right folks, here's a statement I think even a lot of big horror fans will abandon me on. I like Jump Scares. I really do not see what the big problem is with them, and I don't think liking them makes me a less intellectual horror fan. I don't think they are the best kind of scares, and I do think that slow and creeping dread is the more effective choice, such as with The Blackcoat's Daughter and The Witch. Jump scares are less scary, but they are just plain fun. I know the rollercoaster with horror movies analogy is old, but the thrill of going on such a ride has nothing to do with actual fear. I'm never scared that the rollercoaster is going to kill me. The thrill that the ride gives me in my chest and stomach is the fun! That's how I think of jump scares. They don't give me actual fear, but the jolt is fun and I enjoy it. There really is an art to building the tension higher and higher until you rip the audiences' nerves with a big jolt! When Pennywise jumped out of the projection screen in the garage in IT (2017) I jumped in my seat and had a great time! 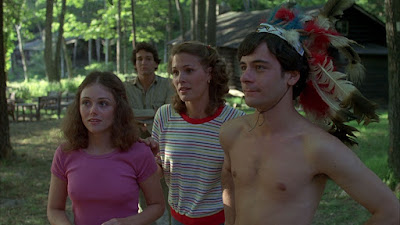 And no, I don't love slashers because I love watching characters I hate get killed. I think that's a wrong misconception about what makes slashers good. I tend to like the characters in the slashers I love, and want to root for them. 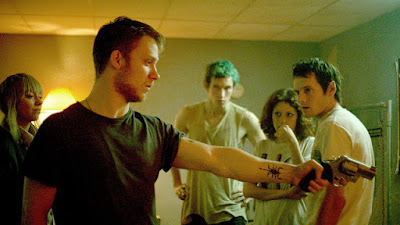 3. "Horror characters are so dumb and are always making dumb decisions!"

Quick question: Have any of you ever been chased down by a masked serial killer? By a ghost? By your friend who's turned into a zombie? I'm guessing no. The point is, you have absolutely no idea how you would react in that sort of situation. I know one thing, and it's that you would probably not be thinking clearly. It's easy to think of what the best coarse of action is when playing armchair quarterback in your living room, but that's nothing like what the characters on screen are experiencing. Horror movies characters are rarely trained Navy Seals. I would also add that the characters in the horror movie do not know they are characters in a horror movie. When someone hears a noise outside and decide to "go check it out" YOU know he/she will probably die because you know this is a horror movie. The character does not know that. He/She is probably not considering that Pumpkinhead is outside. In real life, would you?

Plus, if the characters always made the perfect decision there probably wouldn't be a movie. And even if there were, it would not be very true to human nature. Turns out, human beings are pretty damn imperfect and illogical.

This was fun! What are some things about the genre you want to defend?
Posted by Daniel Epler at 10:54 PM