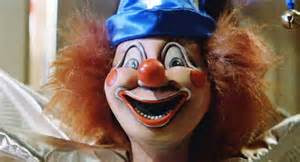 Hello! Welcome to FrightFlix! He said in Vincent Price's voice...

I've been a movie fan for quite sometime, and I've always loved scary movies. The first kind of movie I was ever obsessed with as a kid was the Universal Monster movies. I cherished my VHS copies of Ghost of Frankenstein and Dracula and all the classics. I even had dolls of several of the monsters. I still have them today. To me with horror movies, there was the Universal Monster films and everything else. And it took me quite some time to get into the 'everything else'. In fact as a child I was far too terrified of everything in the 'everything else' to come anywhere near enjoying any of it. I couldn't imagine watching a film starring Michael Myers or Freddy Kruger. Then one day it happened. I watched Tobe Hooper's 'Poltergeist'.

My Dad, a lifetime horror fan, told me all about Poltergeist and tried to get to watch it with him. He described the clown, the television, and the spirit world in the closet. Everything he said was a living nightmare and I knew I wouldn't go near that film. I spent that whole night terrified just from his description. It was even worse than when he told me about Silence of the Lambs. The next day my Dad, being the awesome parent that he is, put it on our family TV anyway and asked me to at least watch the beginning. I can't imagine why, but I sat down. And there I saw the words. 'Produced by Steven Spielberg'. I felt an enormous gust of relief go over my whole body. I loved Spielberg! I loved Jurassic Park, Indiana Jones, Hook and Jaws (which I don't really consider horror). Maybe I could handle this? On good ol' Steve's name alone I sat there and watched the film. It was there my life changed. 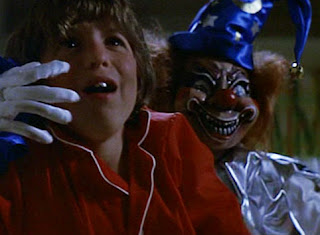 Watching horror is fun for me, and that's why I watch it. To quote the famous horror journalist Heather Wixson, I don't watch horror movies to feel bad about life. I have no interest in a Siberian torture film. I want an '80s slasher film! I want a good ol' fashion ghost story! I want to see a man turn into a wolf! I want to see a charming vampire seduce someone for a little bloodsucking! I want to have fun watching horror! This doesn't mean I only like horror comedies of course. Getting scared is fun for me too!

Here's the mission of this site. Ever since Poltergeist I have loved horror. But it's only been in the past year that I've started to really dive into it deeply. It's only been recently that I've been introduced to George Romero and Stuart Gordon. This site is for people to join me in my odyssey into getting really educated on the genre. Here you'll find reviews on the horror films I discover, reviews of the films I love, and other thoughts I want to share. This site is for love! We all love horror films. Join me as I spread the love. 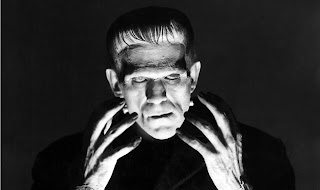